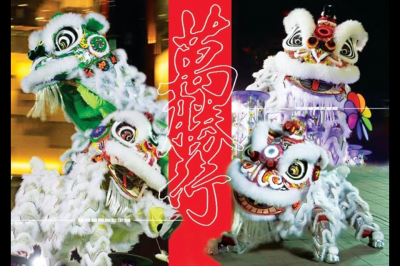 GM Siow is said to be the world figure on Lion Dance having changed the art into an official sport and reviving this beautiful side of Chinese culture.
GM is the head judge and advisor at the World Lion Dance Championships and is internationally known as the 'Lion King'.
He is always on T.V. and there are countless documentaries about him and his work with Lion Dance.
GM Siow is also a master of Chinese Martial Arts and is very knowledgable on their ways.

In 2010, Luke was invited by GM Siow to become a disciple student.
Luke has said that this has been one of the greatest honours of his life.

Soon after Luke was asked to be a guest performer with the Malaysian team 'Khuan Loke' at the World Lion Dance Championships with 45 Lions.

Here is the video of that event including some behind the scenes footage!

Luke now assists his brothers at the Khuan Yee Lion Dance Association in Brisbane, Australia in occasional performances and is training three teams in Japan which he leads now under the blessing of Grand Master Siow.

OTHER VIDEOS OF INTEREST

Here is one of Luke's recent trips to Hong Kong to visit his Lion Dance brothers school!

Luke strives to share the great teachings of Sar Ping Lion Dance to students in R.C.I. who want to take their training to the next level.

The 8 Virtues of Sar Ping Lion Dance are